Writer Terry Nation came to the British TV series Dr Who in 1963 with the directive to create a new villain for the series.

“They were an answer to a practical problem,” Nation told The Guardian in 1966. “Dr Who was landing on this planet, who could the heavy be? It had to be non-human. How could it work? It had to be a mechanical creature, no hands or feet.” 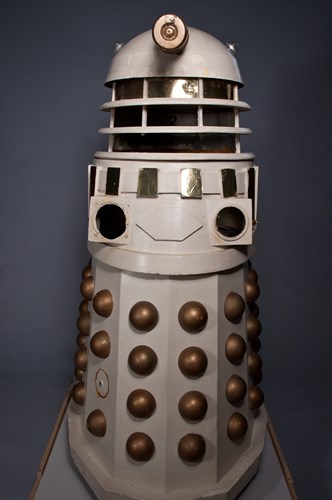 “The Daleks don’t have any personal character, any conscience, or morality,” Nation said. “They are totally bad . . . . They had to have a purpose, and I knew what: they were concerned with total domination.”

The Dalek’s tireless mission to eliminate other alien races, combined with their striking, otherworldly design by Ray Cusick, have made them a consistently popular villain on the long-running series. Perhaps part of this popularity can be attributed to the simple moral warning the Dalek’s present: hatred leads to destruction. 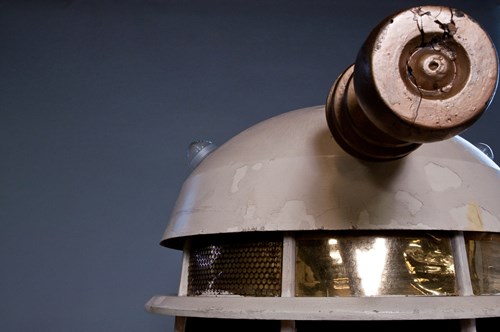 We like to visit our Dalek, who is carefully behind glass in Infinite Worlds of Science Fiction. Although we make sure to keep a little distance . . . just in case.

Artifact: Dalek from Dr Who

Character Origins: Created by the scientist Davros, the Daleks were once part of the Kaled people from the irradiated planet Skaro. Davros took these mutated creatures, stripped them of all emotions but hate, and placed them within armored shells.

Behind-the-Scenes: The original design of the Dalek was propelled by an actor inside the shell riding a tricycle. Eventually the tricycle was replaced with the actors simply shuffling their feet. 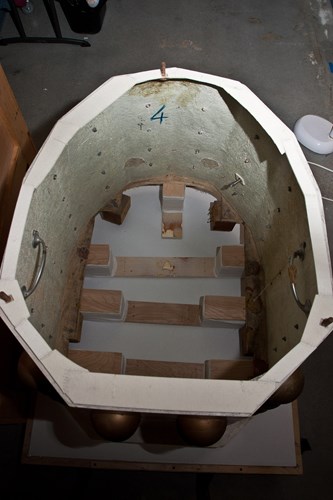 Check out a Dalek, Cyberman, and many other artifacts from other worlds in Infinite Worlds of Science Fiction at MoPOP.