Monsters can be many things.

They can be misunderstood and relatable like Frankenstein’s monster, or alien and unknowable like the xenomorph. Sometimes monsters are simply us transformed; other times creatures disguise themselves within human hosts.

This episode of AMC Visionaries: James Cameron’s Story of Science Fiction (Mondays 10/9c on AMC) asks us to take a closer look at the creature under the bed and ask, “how did it get there?” 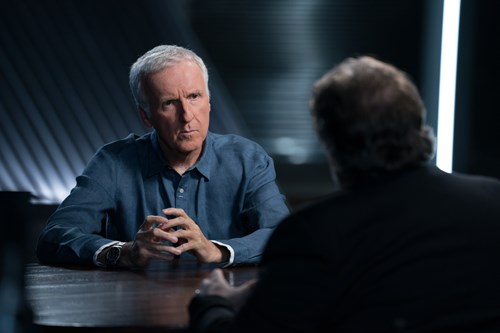 And yet, when the topic turns to monsters, an age-old debate is not far behind. Where is the interzone between horror and science fiction? Cameron asks director Guillermo del Toro.

“The great distinction is the fuel for the early horror tales has to be spiritual,” del Toro said. “It comes from the belief in good and evil. And then, there comes a point in Western literature in which the element includes now science.”

I think del Toro is on to something when he talks about the evolution of horror or morality tales into the genre of science fiction. Even as the genres have grown over time, it seems to me (and this episode upholds the idea as well) that some of the most loved genre films ride the line between horror and sci-fi and ask universal questions found in both genres.

But no matter the monster, the one thing they all have in common is “their ability to reduce our fears to a visible, visceral presence.”

What Makes Us Human?

Before Mary Shelley’s Frankenstein—about a scientist driven to gain the power to create life—fiction hadn’t truly explored the impact of science on society and on the individual. 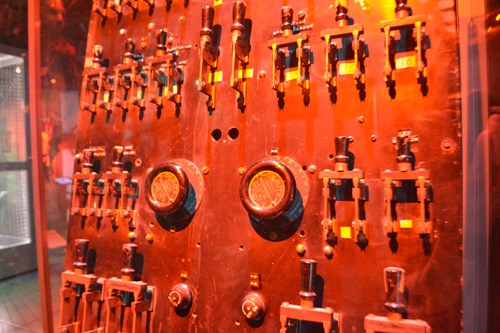 Special effects board used on The Bride of Frankenstein on display in Scared to Death: The Thrill of Horror Film

Stories like hers force us to examine whether we’re improving or tampering when we take on the powers of life and death. They ask if we truly have the right to change the course of evolution. Maybe more importantly they ask what are these creations and what is to become of them.

Is Frankenstein’s creature inhuman due to his monstrous beginnings or is he more than the sum of his borrowed parts?

What Happens When We Do Something That We Shouldn’t?

A good mythology often echoes in history, and Frankenstein reverberates throughout many famous monster stories, like David Cronenberg’s The Fly. In this version of the mad scientist story, Seth Brundle’s ambition to “change the world” is thwarted when an unexpected element is introduced to his teleportation experiment. 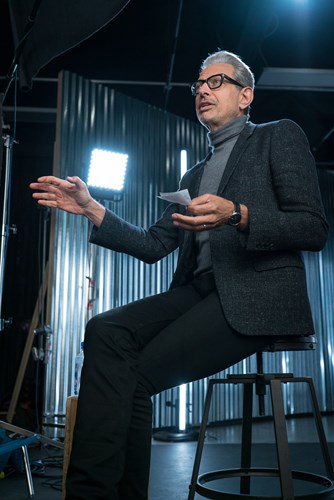 Jeff Goldblum talks about his role in The Fly

The Fly updates Frankenstein’s idea of scientific hubris as a catalyst for destruction. Now the creator and the creature are one, morphing and evolving into something that can’t be controlled or reversed.

How Do You Tell the Difference Between Good and Evil?

How do you catch a monster that looks like everyone else? That’s the general premise for The Thing, a film with a few adaptations, but best known for the 1982 version directed by John Carpenter. 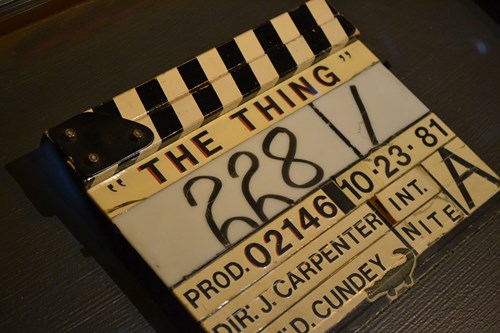 Clapper from the set of The Thing on display in Scared to Death: The Thrill of Horror Film

In The Thing a shape-shifting alien has the ability to change into whatever it consumes, allowing it to hide in plain sight. However, it’s transformation process is as grotesque and inhuman as you could imagine, including sticky tentacles, oddly placed teeth, and a stomach-turning spider-like head.

The best way to experience any monster is to see it in its natural habitat. When we created our horror exhibition Scared to Death: The Thrill of Horror Film, Senior Curator Jacob McMurray embarked on a mission to identify the 100 Horror Films to See Before You Die.

Frankenstein, The Fly, and The Thing all hold places of honor on that list and share the space with a few more films that balance comfortably on the line between horror and sci-fi. If you’re looking to do a bit of monster hunting, you might want to start there.