Psychic psychos, sociopathic stalkers, and killer kids? Yup, it must be the 70s.

This October, we’re making our way through the mad world of murders. Today we’re looking at some of our favorite fright flicks from the decade that popularized the subgenre and paved the way for the 80s slasher boom.

Here are our top picks.

The Town that Dreaded Sundown

The Plot: In the pleasant town of Texarkana, a madman in a hood murders the innocent visitors of the local lover’s lane.

Why it’s Top 10: From the dialogue pacing to the editor’s film cuts, The Town that Dreaded Sundown lulls you into a false sense of security by grounding you in a sleepy Southern town before introducing one of the eeriest villains of the decade. The simplicity of the kill scenes—think a car, a killer, and endless darkness—are especially unsettling as they just feel a little too real. Come for the kills, stay for the bloodcurdling screams.

Best Fact: The film was loosely based on actual crimes perpetrated by a serial killer known as the “Phantom Killer.” 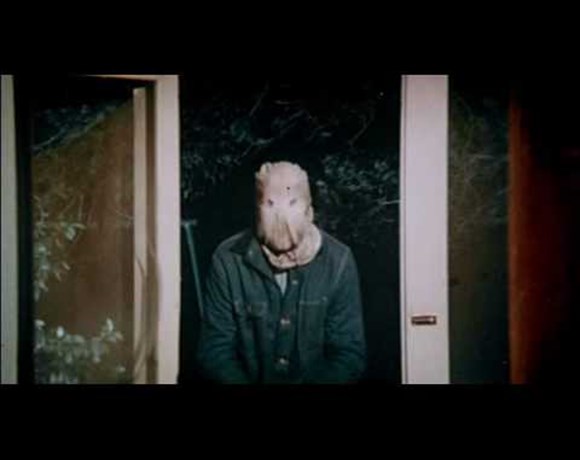 Reason number one to close your door!

The Plot: A stranded group of travelers are hunted by a masked killer and mob of animated (and frequently singing) mannequins.

Why it’s Top 10: In case you missed that last line, let me repeat: singing mannequins. Although Tourist Trap is less mainstream, it’s worthy of top ten status. From unsettling imagery, like a mannequin-ized main character, to the weird blend of slasher, backwoods, and creepy dolls, this is a film that defies expectations until the last minute. Is it a story about young people being picked off by gross old men? Is it a movie about psychically controlled inanimate objects? Is it a movie about a man mourning his late wife? I don’t know! I’m actually asking. 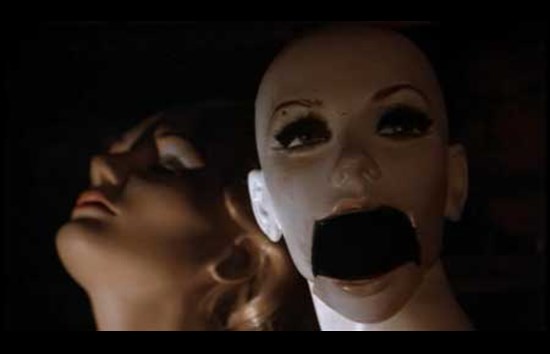 TFW you nail the high note

The Plot: Alice and Karen get into typical sibling fights, but when Karen turns up dead at her First Communion, all signs point to Alice. As the attacks continue, Alice’s mother, father, and family priest must catch the killer and clear, or condemn, sweet Alice.

Why it’s Top 10: Religious overtones, makeup masks, and some shockingly raw reaction shots make this a 70s horror classic that can’t be missed. One of the things I like the most about Alice, Sweet Alice is the diversity of violent scenes. It isn’t afraid to mix it up, allowing some characters to get away with their lives while others are dispatched with dramatic cruelty. 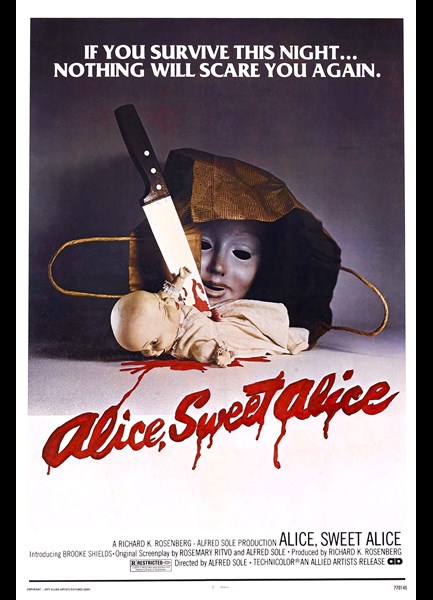 When a Stranger Calls

The Plot: A routine babysitting job turns into a tense night of terror when a sadistic, anonymous man begins calling the house with threatening intent.

Why it’s Top 10: The special thing about When a Stranger Calls is, while it’s filled with tension, it’s light on kills. Even so, this is a film with a twist so famous people quote it without ever having seen the film. It’s influence on the genre can be found in any film that uses anonymous phone calls to up the anxiety factor. Not to mention the film is boldly written, jumping forward seven years in the middle of the film—not an easy feat to pull off.

Best Line: “Have you checked the children?”

The Plot: A young man uncovers a horrible truth at the local mortuary while investigating a series of recent deaths in his small town.

Why it’s Top 10: Yes, I recognize Phantasm isn’t exactly a slasher. And yes, I know it has super natural elements. And yes, I see how it could be placed in several different subgenres. But it’s the challenge to define it that makes it such a great film: it’s a bunch of things at once. That mashup quality keeps you engaged the entire time as new elements of terror are revealed scene by scene. All I can say for sure is you’re going to love the Tall Man and his silver spheres of doom. 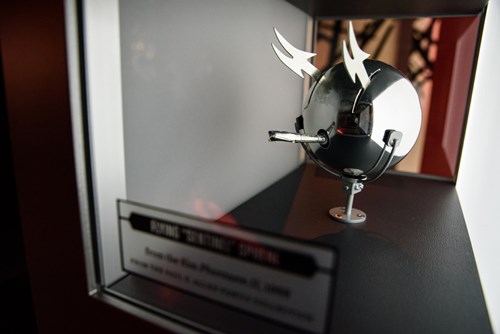 Director J. J. Abrams loves this film so much he named a character after it in Star Wars: The Force Awakens. Can you guess which?

The Hills Have Eyes

The Plot: An family stranded in the middle of the desert clash with a group of savage, murderous hill people.

Why it’s Top 10: Director Wes Craven was partially inspired to create this film after an encounter with a motorcycle gang who gleefully threatened both his life and legacy when they said they could murder him in the desert and no one would ever find him. The fear of strangers with strange motives is a major theme in this film, and it’s what makes it so scary. The hill people are insane, angry, and unreasonable—the perfect recipe for disaster.

The Plot: A group of sorority sisters that have been receiving threatening phone calls are stalked by an unseen killer during the days leading up to Christmas.

Why it’s Top 10: Whether it’s suffocation via dry cleaning bag or stabbings with a glass unicorn bust, the creative kills in Black Christmas are like nothing else. The spirit of 70s film experimentation is on display in more than the kills, however. The camera work is bold and inventive, employing the relatively new technique of employing the killer’s POV to make the audience part of the action. 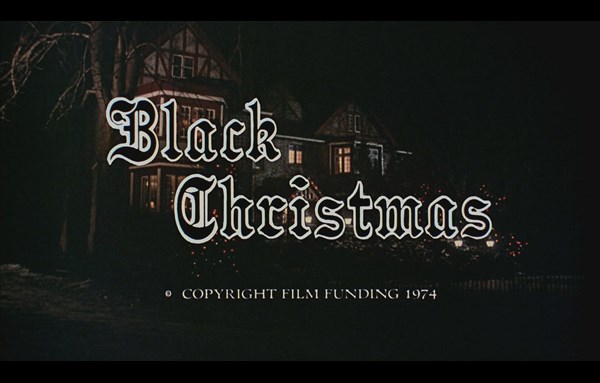 Last House on the Left

The Plot: When two teenagers are kidnapped and murdered by a gang of convicts, it’s up the parents of one of the victims to take grisly revenge.

Why it’s Top 10: Last House on the Left is a challenge. While it’s true that it’s a seminal film in the genre, it’s also true that the film is hyper brutal and displays excessive violence against women. Based on Ingmar Bergman’s Virgin Spring, director Wes Craven told the New York Times that he was drawn to the original tale’s “descent into darkness” in a Vietnam War-era world. Last House is an example of pure 70s exploitation that’s no longer used in modern filmmaking. A major trigger warning is in order. 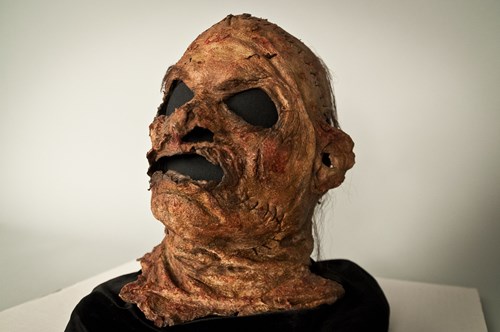 The most cinematically beautiful nightmare.

The Plot: A group of friends are terrorized by a family of cannibals including a chainsaw wielding maniac who wears the skin of his victims as a mask.

Why it's Top 10: Horror director and producer Eli Roth said it best: “You watch that movie and you feel like it was made by insane people.” One of several films on this list that were birthed as a reaction to the Vietnam war, Chain Saw reveals a world of willing killers who revel in their love of death. Stark, violent, and sweaty, every moment in the film feels like a hot branding iron on a raw nerve. After watching this film, you can’t help but strain your ears for the sound of a chainsaw approaching in the dark.

Best Line: “Why, my old grandpa was the best killer there was at the slaughterhouse.” 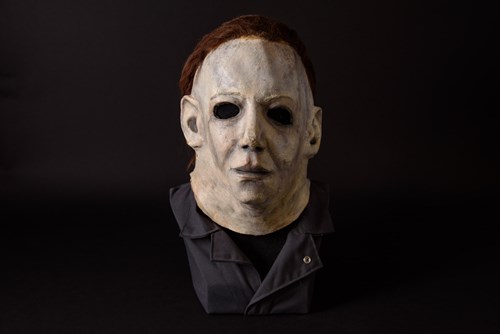 Just a few weeks until He comes home.

The Plot: Three babysitters are stalked on Halloween night by an escaped mental patient with a butcher knife and the greatest blank mask of all time.

Why it’s Top 10: Crafted with an elegant simplicity, incredible cinematography, and killer score, Halloween wrote the rule book that every slasher director of the next decade would follow. Director John Carpenter’s work shows the confidence of an artist completely in their groove. Shots like the one of Michael Myers peeking out from behind a hedge have become so ubiquitous they often go as an unnoticed homage in other films. With a stellar cast and streamlined plot, Halloween is the North Star of the subgenre.

Best Line: “But you can’t kill the boogeyman!”