In an effort to honor our visionary founder, we’re displaying two artifacts in Sky Church that are symbolic of Paul Allen’s passion for pop culture: the white Fender Stratocaster that Jimi Hendrix played at Woodstock and Spock’s tunic from Star Trek.

“Today we mourn the loss of our founder and celebrate his limitless passion and creativity. Paul’s unparalleled contribution to our communities, both local and global, brought creative and educational experiences to so many. While our sadness is profound, we take solace in the great work he has charged us with: to connect and inspire through the magic of pop culture. Rest in peace, Paul.”

These two objects—the Stratocaster guitar played by Jimi Hendrix at Woodstock, and Spock’s tunic from Star Trek—are emblematic of two of Paul G. Allen’s greatest passions: rock ‘n’ roll and science fiction. He wanted to share these and many more of his passions with the world, and that desire led to the foundation and ongoing evolution of the Museum of Pop Culture.

Thanks to Mr. Allen’s drive and generosity, MoPOP has amassed a collection of over 120,000 objects, presented 90 exhibitions, and welcomed millions of visitors to share his vision and be inspired to their own creativity. We will always be grateful for his generosity, and we will greatly miss his insight and leadership. 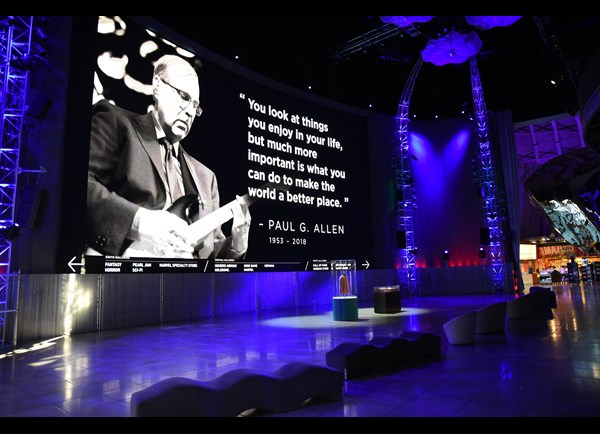 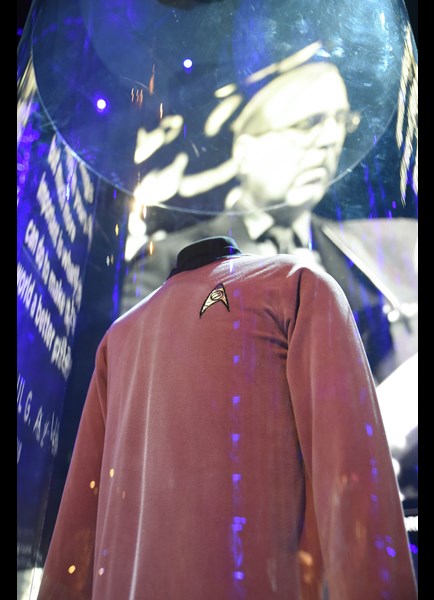 Fender Stratocaster guitar played by Jimi Hendrix at the Woodstock Festival in 1969
Tunic worn by Leonard Nimoy as Spock in Star Trek, 1966 – 1969
Courtesy of the Paul G. Allen Family Foundation