Greetings, fellow pop culture aficionados, and welcome to week 45 of our I.C.Y.M.I. (In Case You Missed It) blog series, where we recap a handful of trending tidbits from the past week(s) in popular culture, in case you missed them.

Last week in this space, we spotlighted the very good dogs taking part in this year's Puppy Bowl, which airs at 11 a.m. PST this Sunday, February 7 on Animal Planet ahead of Super Bowl LV between the Tampa Bay Buccaneers and Kansas City Chiefs. This week, we lead with a bittersweet moment from the film world. Read on!

The late Chadwick Boseman, who passed last September from colon cancer at age 43, made Screen Actors Guild Awards history this past week, becoming the first person to earn four SAG nominations in a single year. Boseman was recognized for his lead performance in Ma Rainey's Black Bottom, the last film he starred in before his passing, and for his supporting role in Da 5 Bloods, plus double recognition in the Outstanding Ensemble category of both films.

In related film news, the Golden Globes also recently unveiled its list of 2021 nominees. Boseman was nominated there as well, for Best Performance by an Actor in a Motion Picture — Drama for his role in Ma Rainey's Black Bottom.

If you're interested in award season, make sure to mark your calendars: The SAG Awards ceremony airs on TNT and TBS at 6 p.m. PST on April 4, while the Golden Globes is set for 5 p.m. PST on February 28 with coverage on NBC. 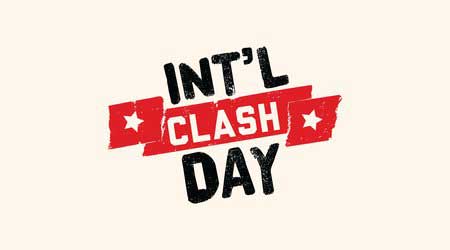 Our friends and Seattle Center neighbors at KEXP observed International Clash Day 2021 on Friday, February 5, honoring The Clash on air from 5 a.m. to 7 p.m. PST. In addition to the music, the station dives into the band's influences and explores stories around the artists and the movements that share the Clash's ethos, as Joe Strummer said, "We're anti-fascist, we're anti-violence, we're anti-racist, and we're pro-creative. We're against ignorance."

What Else To Catch Up On This Weekend

Now that we've filled you in on a few things, what do you feel we failed to mention? Let us know in the comments, or hit us up with a suggestion on social media. We'll look to include your ideas in our next edition of I.C.Y.M.I.

If you like what you see, support our work by making a donation to MoPOP today!