A relic from the very first Marvel Cinematic Universe film is now on display inside the Science Fiction and Fantasy Hall of Fame (SFFHOF) at the Museum of Pop Culture (MoPOP).

The original Mark III stunt helmet mask from Iron Man (2008), designed by Rebecca Bentjen, can be found at MoPOP in recognition of SFFHOF inductee Stan Lee, the writer, editor, and businessman who changed the face of American comics and whose influence has been felt in pop culture for decades.

Lee worked to push superheroes into other media such as television, film, and games. After decades of experiments (some successful, some not) Marvel comics went truly mainstream with Iron Man (2008). Although Lee had stepped down from Marvel by then, there's no doubt that his work created the foundation for the globally popular film franchise. 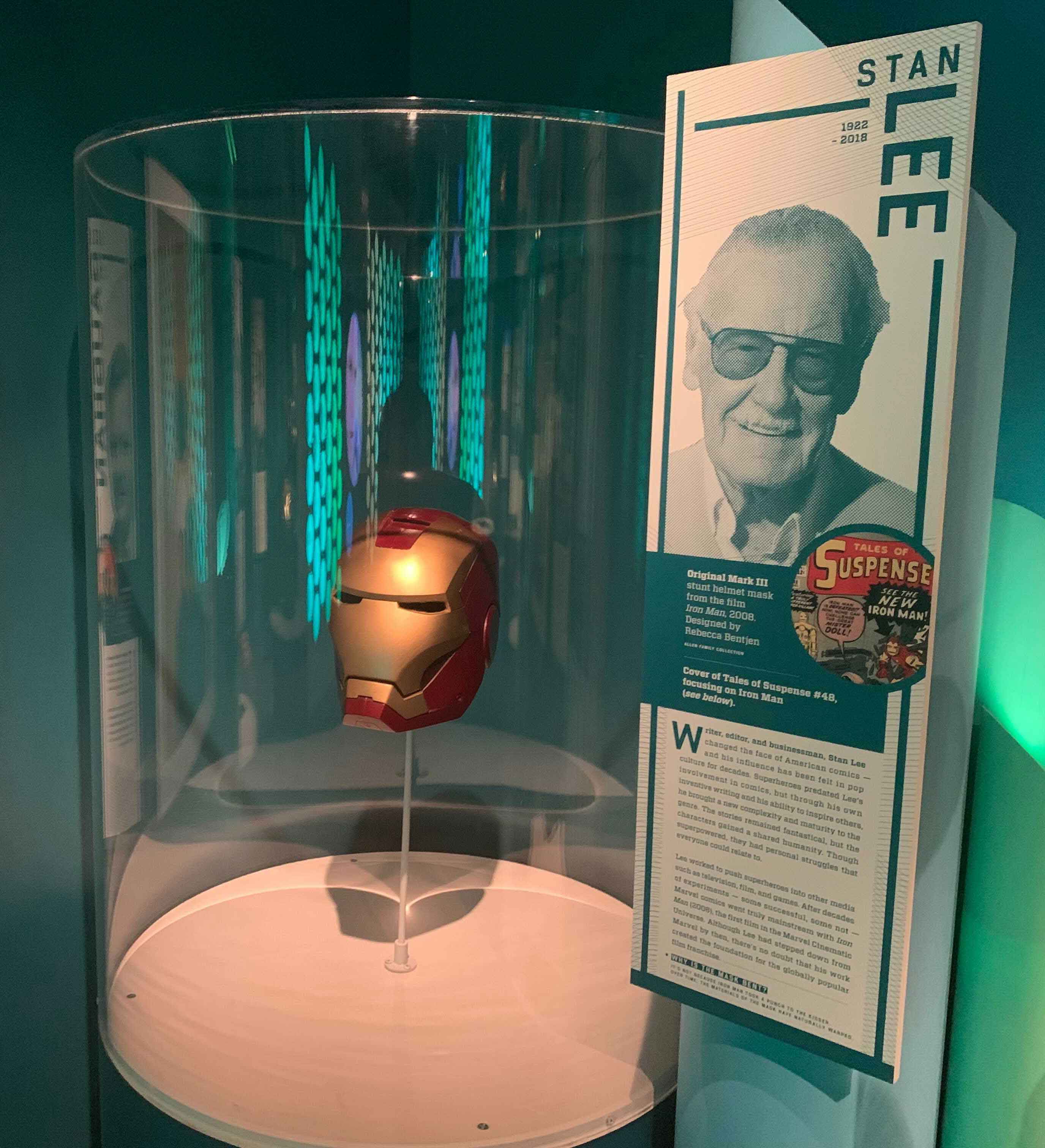 As you make your way to MoPOP to view the piece of pop culture history in person, you may notice a slight bend in its shape (and no, it's not from Iron Man taking a punch to the kisser). In fact, the materials of the mask have naturally warped over time.