As you enter MoPOP's Science Fiction and Fantasy Hall of Fame, glance directly to your right and you'll come face to face with a newly-installed painting from prolific sci-fi illustrator Richard M. Powers.

The painting by the SFFHOF inductee served as the original cover artwork for the 1977 edition of Star Bridge, a novel by fellow SFFHOF inductees Jack Williamson and James Gunn. 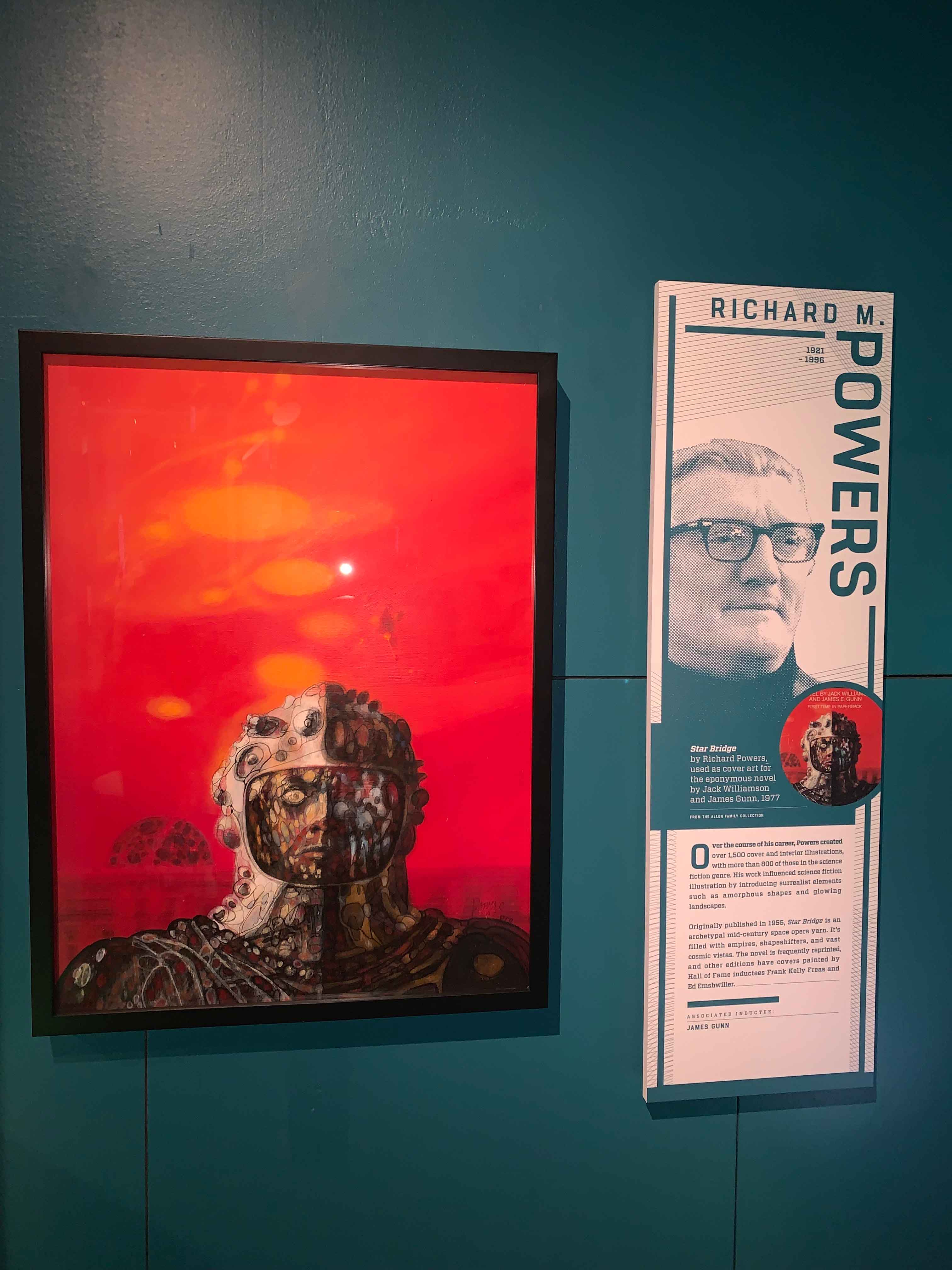 Over the course of his career, Powers created more than 1,500 cover and interior illustrations, with more than 800 of those in the sci-fi genre. His work influenced science fiction illustration by introducing surrealist elements such as amorphous shapes and glowing landscapes.

Originally published in 1955, Star Bridge is an archetypal mid-century space opera yarn. It’s filled with empires, shapeshifters, and vast, cosmic vistas. The novel is frequently reprinted, and other editions have covers painted by Hall of Fame inductees Frank Kelly Freas and Ed Emshwiller. 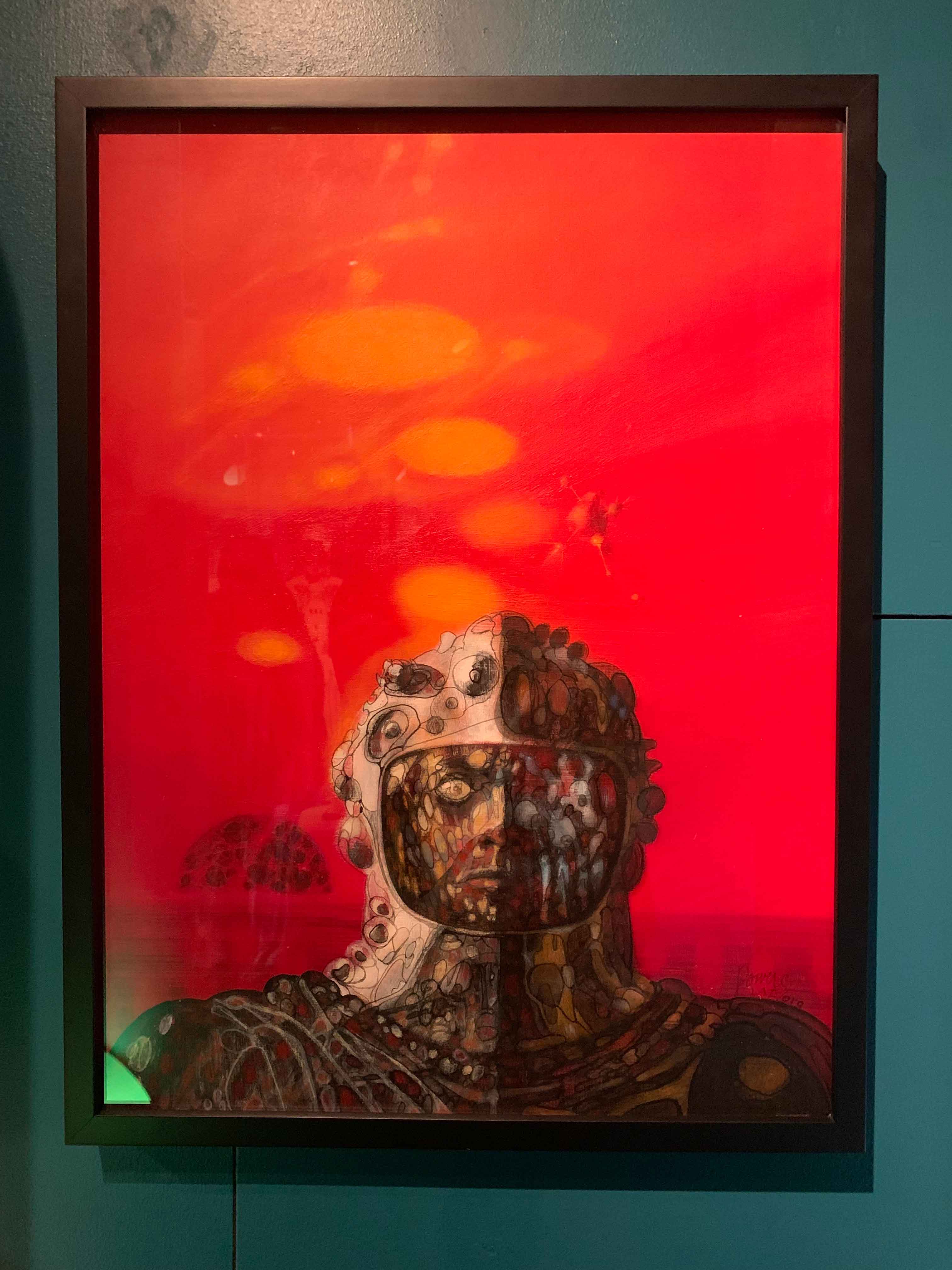 A 2008 SFFHOF inductee, Powers also illustrated children’s books and exhibited his fine art at top venues including the Metropolitan Museum of Art and the Corcoran Gallery. Head to richardmpowers.com to check out more of his work!